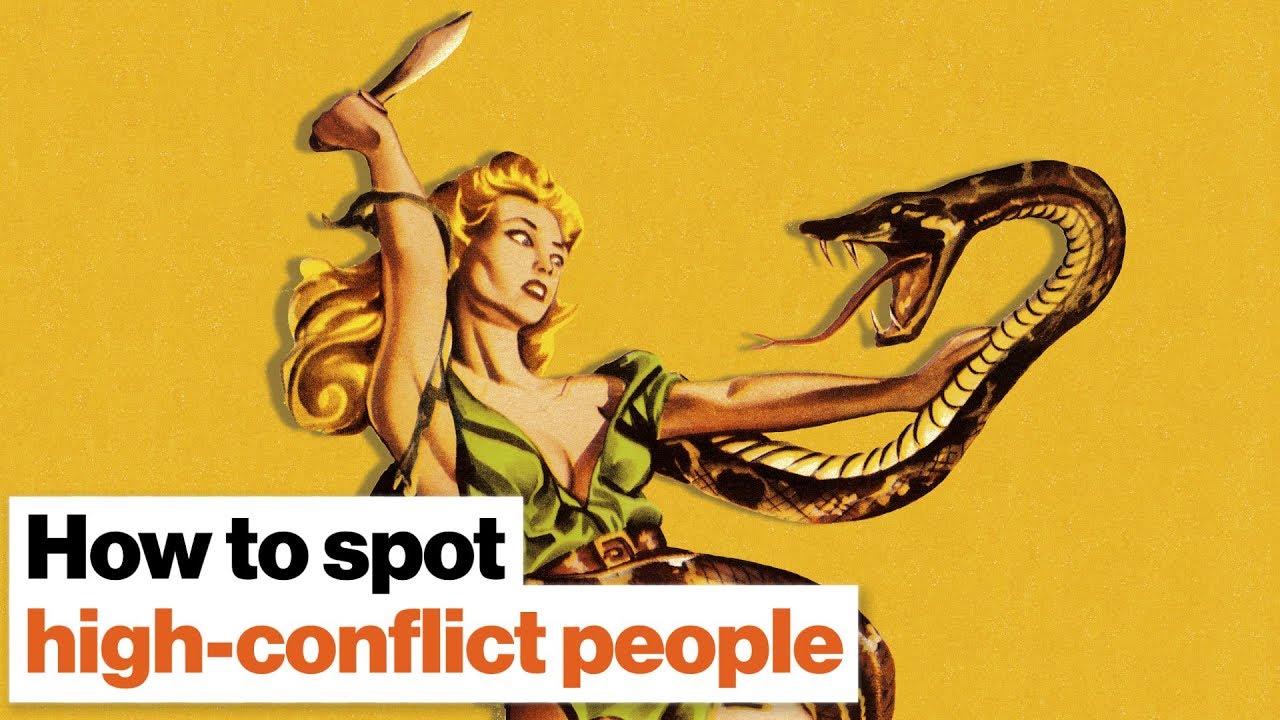 TED & Talks
Share on Facebook
Share on Twitter
Share on Pinterest
Share on LinkedIn
How to spot high-conflict people before it’s too late
New videos DAILY: https://bigth.ink
Join Big Think Edge for exclusive video lessons from top thinkers and doers: https://bigth.ink/Edge
———————————————————————————-
Here’s a fast fact about high-conflict people: life is better when you avoid them. Bill Eddy, mediation expert and president of the High Conflict Institute, describes them not only as difficult but also potentially dangerous. So how can we avoid becoming a target in their path of destruction? First, you have to be able to recognize them, says Eddy. They tend to share these four key characteristics: a preoccupation with blaming others, all-or-nothing thinking, unmanaged emotions, and extreme behaviors. Once you know what you’re dealing with—a textbook high-conflict personality—you can take measures to manage this relationship, whether it’s at home, at work, or beyond. Eddy shares his matter-of-fact methods for withdrawing from these people or, if that’s not an option, for how to resist their conflict lures and disengage from the drama.
———————————————————————————-
BILL EDDY:

Bill Eddy is the co-founder and president of the High Conflict Institute, a company devoted to helping individuals and organizations deal with high-conflict people. Eddy is a Certified Family Law Specialist and Senior Family Mediator at the National Conflict Resolution Center in San Diego. He is also a Licensed Clinical Social worker with twelve years’ experience providing therapy to children, adults, couples and families in psychiatric hospitals and outpatient clinics.
———————————————————————————-
TRANSCRIPT:

BILL EDDY: What’s interesting is high-conflict personalities seem to—we’ve really boiled it down to four key characteristics. The first and maybe the most stunning is a preoccupation with blaming other people. It’s really, “It’s all your fault,”—and you may have experienced this—”and it’s not at all my fault”. That’s zero. “My part of the problem is zero.” And that’s how high-conflict people talk. And they’ll say, “Don’t you get it? It’s all your fault.”

A third is often, but not always, unmanaged emotions. And you may see that; people that just start yelling or just start crying or just storm out of a room—that kind of behavior we’re seeing, but it’s emotions that they’re not managing.

And the fourth is extremes of behavior.

And one thing I talk about in the book ‘Five Types of People’ is this 90 percent rule, that 90 percent of people don’t do some of the things that high-conflict people do. So if you see some shocking behavior and then the person makes an excuse for it, that’s often the tip of the iceberg.

So it’s preoccupation with blaming others, all-or-nothing thinking, unmanaged emotions, and extreme behaviors. That seems to be the pattern for high-conflict personalities. People that have those we call high-conflict people. But, by the way, don’t tell them that you think that—that’ll blow up in your face.

How to avoid being a target of blame? First of all, if you see warning signs of this behavior don’t get too close to such a person. You may be a friend, but don’t be the closest friend. You may be a co-worker, but don’t be the closest co-worker. Because what seems to happen is the people they get really close to are the ones that are most at-risk of becoming their targets of blame.

Now the way to avoid becoming a…

For the full transcript, check out https://bigthink.com/videos/top-10-how-to-avoid-evil-personalities

Is Civilization on the Brink of Collapse?
Matthieu Ricard on the Power of Compassion
How Many Calories are on a Smudgy Screen?
Ancient Genetics that Occur Today: Atavisms Revealed
Trick to solve single elimination tournament question