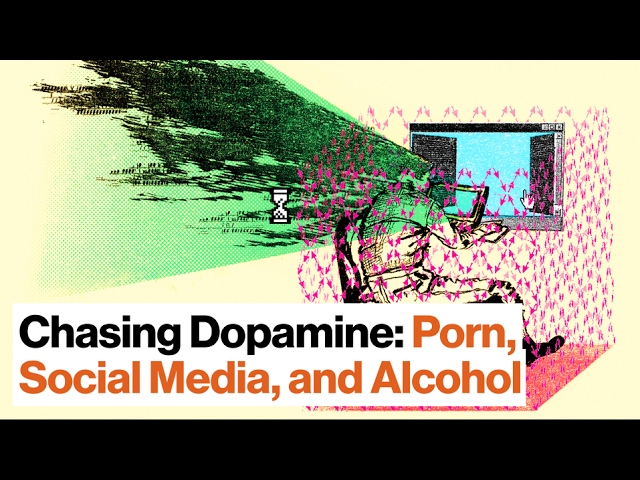 What really fuels the economy? It’s not trade, free spending, or good old-fashioned elbow grease – it’s something much smaller and harder to see: dopamine. Along with high-performance expert Jamie Wheal, Steven Kotler has spent the last four years interviewing and researching trailblazers like Elon Musk, Eric Schmidt, Amy Cuddy, and institutions like Nike’s innovation team, the Navy SEALs, and the United Nations’ Headquarters. What did he find? That these bright people and teams are using altered states of consciousness – like ‘flow’ – to boost their inspiration, ability, and impact. Winning feels good, as does reward. It all boils down to dopamine. Many of us may not be consciously aware of the the neurochemical, altered-state highs we seek on a daily basis. Kotler runs through three ways we chase dopamine, and questions the ethics of these unchecked habits. For example, when you check your phone for a text, the uncertainty or “magic of maybe” in what the text might deliver results in a 400% spike in dopamine – roughly the same amount of dopamine as a person gets from cocaine. “We’re essentially putting highly addictive drugs into the hands of kids before they have any natural defenses against them,” says Kotler. Steven Kotler’s and Jamie Wheal’s book is Stealing Fire: How Silicon Valley, the Navy SEALs, and Maverick Scientists Are Revolutionizing the Way We Live and Work.
———————————————————————————-
STEVEN KOTLER:

Steven Kotler is an award-winning journalist, a New York Times bestselling author, and co-founder and director of research for the Flow Genome Project. His books include the non-fiction works The Rise of Superman, Abundance, A Small Furry Prayer, West of Jesus, and the novel The Angle Quickest for Flight. His works have been translated into over 30 languages. His articles have appeared in over 60 publications, including The Atlantic Monthly, Wired, GQ, Popular Science, and Discover.

Steven Kotler: Peter Drucker famously said if I want to know what you believe I could ask you what you believe and maybe I’ll believe your answer. But show me your calendar and your bank statement and then I’ll really know what’s going on. And what we tried to calculate was the altered state economy. How much time and money do people spend trying to change the channel on normal waking consciousness and unlock these heightened states of information. We did a global calculation. We looked everywhere from elicit to licit drugs which is an obvious place to start but we also looked at things like pornography and social media where the neurochemical reward you’re getting from these experiences is very similar to the neurochemical reward you’re getting in these states.

We see the same thing with social media, right. Simon Sinek famously says if you wake up in the morning and you’re checking your phone before you’re saying hello to your spouse that’s an addictive behavior. And it’s dopamine that is driving that addiction. So what happens with social media is Robert Sapolsky who did the foundational research on this at Stanford calls it the magic of maybe. When you look at your phone and maybe there’s a text there and maybe there’s not and you don’t know. When it shows up that high you get, that’s dopamine. It’s the magic of maybe. Maybe it’ll be there, maybe it won’t. When it shows up you get a 400 percent spike in dopamine. That is roughly the same amount of dopamine as you’re getting from cocaine. It’s slightly less than an extreme…

For the full transcript, check out https://bigthink.com/videos/steven-kotler-on-addictions-and-dopamine

Why The Next FLU Could KILL YOU! – Facts in 5
A Seemingly Impossible Car Riddle!
AMAZING Facts You Never Knew About MONEY! – Facts in 5
Hey Bill Nye, “Why Do We Grow Old and Die?” #TuesdaysWithBill | Big Think
A Super Hero’s Solution To A Challenging Problem