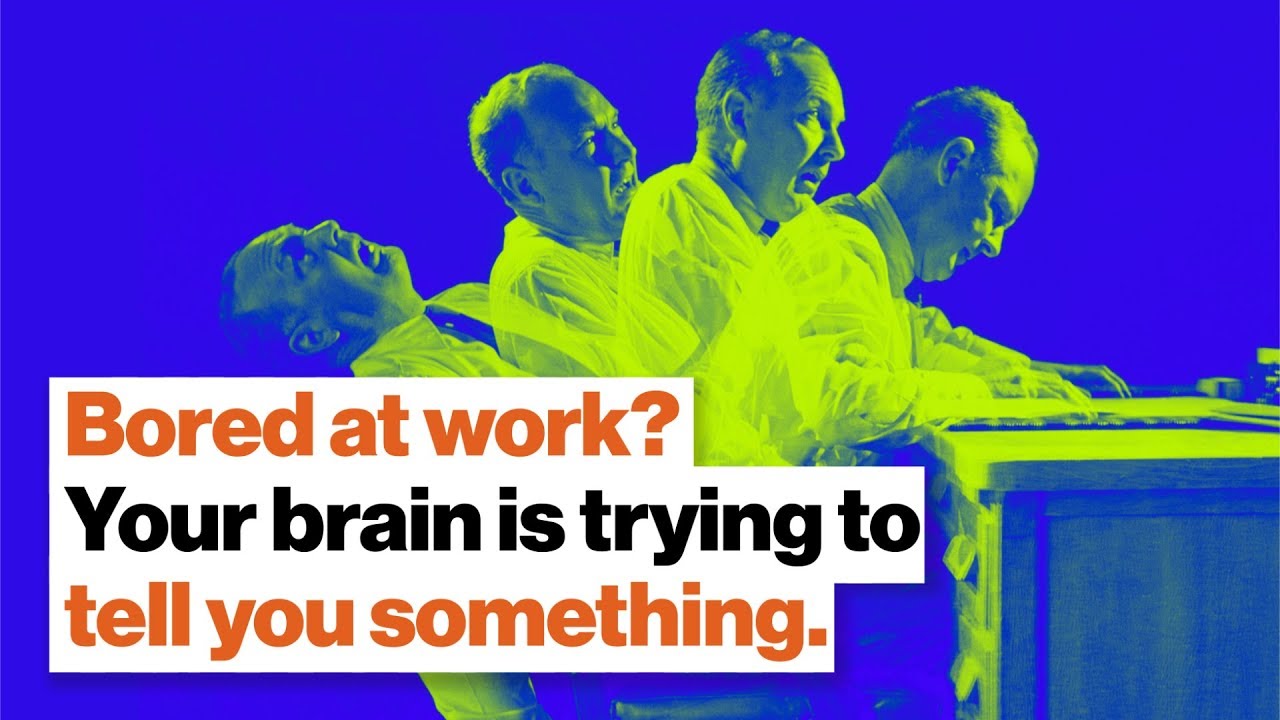 TED & Talks
Share on Facebook
Share on Twitter
Share on Pinterest
Share on LinkedIn
Bored out of your mind at work? Your brain is trying to tell you something.
New videos DAILY: https://bigth.ink
Join Big Think Edge for exclusive video lessons from top thinkers and doers: https://bigth.ink/Edge
———————————————————————————-
We’ve all been bored on the job at least once in our lives, but that boredom is actually very old human wiring. We constantly seek out new information to keep our minds sharp, and when tasks get repetitive we get bored and move on. But what if you can’t move on? What if the tasks are your job and you have to repeat them day after day to keep a roof over your head? That, says London Business School professor Dan Cable, is why boredom has become an epidemic. Our brains aren’t used to staying in their lanes, so perhaps that boredom is not a bug after all, but a feature.
———————————————————————————-
DAN CABLE:

DAN CABLE: Well about two years ago I stumbled on a piece of neuroscience that just stunned me. As a psychologist, I wish somebody had told me more about this but what I learned is that there appears to be a part of our brain called the ventral striatum, that’s the technical term, or you also could call it the seeking system. And this system is urging us to explore the boundaries of what we know. It’s urging us to be curious. And, by the way, I mean innately. I mean children six months old, three months old. If you give them some toy they love it for a little while. As they get used to it, your car keys become more interesting. It’s the new and it’s the desire to learn. And evolutionarily this system was developed to help us, to keep us learning. When I learned about this seeking system it really turned me on because it started to give me an insight into why disengagement from boring work, that may not be a bug. That might be a feature.

In the 2015-2016 Gallup polls, the evidence is that about 70 percent of people are not engaged in what they do all day long and about 18 percent of people are repulsed, they’re actively disengaged from what they do. And I think that the reason why I say this is a problem, and it could even be called an epidemic is because work is mostly what we do. We spend so much more time at work than with our families or with those things called hobbies. And so I think that the pervasiveness of people feeling like work is a thing that we have to shut off from, a thing that we can’t be our best selves, a thing that we have to get through on the way to the weekend. I think that is a sort of humanistic sickness and while it is bad for people, that’s the humanistic bit, it also is really bad for organizations who get lackluster performance.

I think that it’s interesting to think about when this all started happening and I didn’t live back in the 1850s, but all the records suggest that you could buy shoes and those shoes would be sold by some store, some cobbler. And maybe there would be three people that worked there. Rarely would there be five people that worked there. And while that probably wasn’t the best work in the world, each of the people in the store would watch the customer walk in and then they’d make a shoe for that customer. And they’d take leather and they’d sew it and then they’d give it. And around 1890 we got this different idea as a species where we should not sell two pairs of shoes each day, but two million. And this idea of scaling up had certain implications for how work felt. And part of that was because it was decided that the way to do this would have extreme efficiency by breaking the work into really small tasks where most of the people don’t meet the customer. Most of the people don’t invent the shoe. Most of the people don’t actually see the shoe made from beginning to end. And this idea of removing the meaning from the work was intentional. And the idea of removing the curiosity from the job was intentional. For Henry Ford curiosity was a bug, it was a problem and he needed to stamp it out in the name of reliability and quality. Now I’m not saying we’re still acting just like the 1900s, but I am saying that’s when we cut our teeth on management practices and the way we use control systems and punishments and extrinsic reward…

For the full transcript, check out https://bigthink.com/videos/top-10-why-am-i-bored-at-work

Solving Facebook’s raining in Seattle interview question
Could Life Evolve Inside Stars?
The Volume of a Sphere – Numberphile
What Really Goes Into Storing Food for the Winter?
30 Interesting Facts about the Ocean – mental_floss List Show Ep. 509