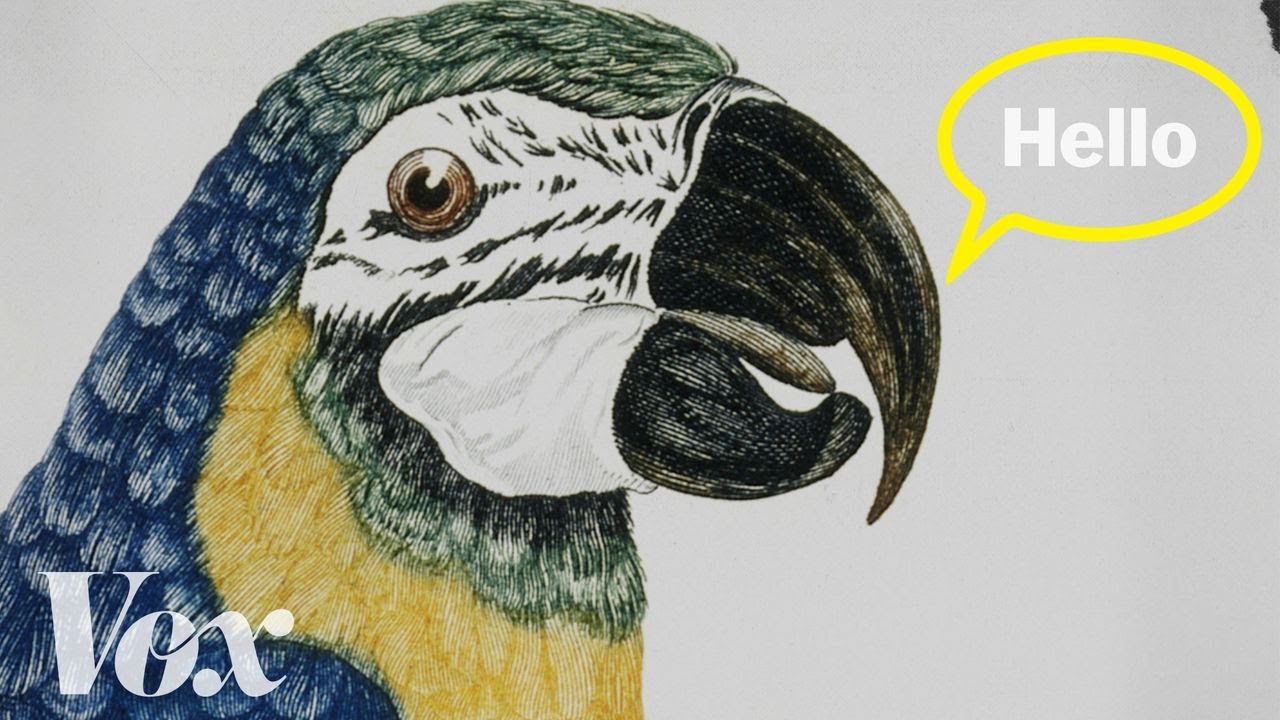 In 2016 researchers released a study with an incredible headline: monkey vocal tracts are speech-ready. It showed that monkeys are held back from speech not by their bodies, but by their brains. But if that’s the case, what’s the deal with birds?

Parrots are known for their ability to mimic human speech with incredible accuracy. It’s jarring to hear an animal so vastly different from us speaking our language. So how do they do it? Partially, neurology: parrots are wired for communication in ways other animals (including other birds) are not. But it’s largely physiology. Birds are uniquely equipped to make sounds, and this video will give you a basic overview of how that works.

Throughout reporting this piece I had several conversations with Dr. Irene Pepperberg – If you’re interested in the neurology of these birds, I highly recommend checking out her studies on African Grey parrots. I’ve linked to a few of them below:

Evidence for Conceptual Quantitative Abilities in the African Grey Parrot: Labeling of Cardinal Sets
Acquisition of the same/different concept by an African Grey parrot: Learning with respect to categories of color, shape, and material
Number Comprehension by a Grey Parrot (Psittacus erithacus), Including a Zero-Like Concept

21 Defunct Disney Rides and Lands | Mental Floss List Show | 535
Bill Gates: Teachers need real feedback
Can it be too cold to start a fire? @PBS Eons #shorts #science #SciShow
Students in Taiwan had to solve this tricky cube problem
What Really Goes Into Storing Food for the Winter?