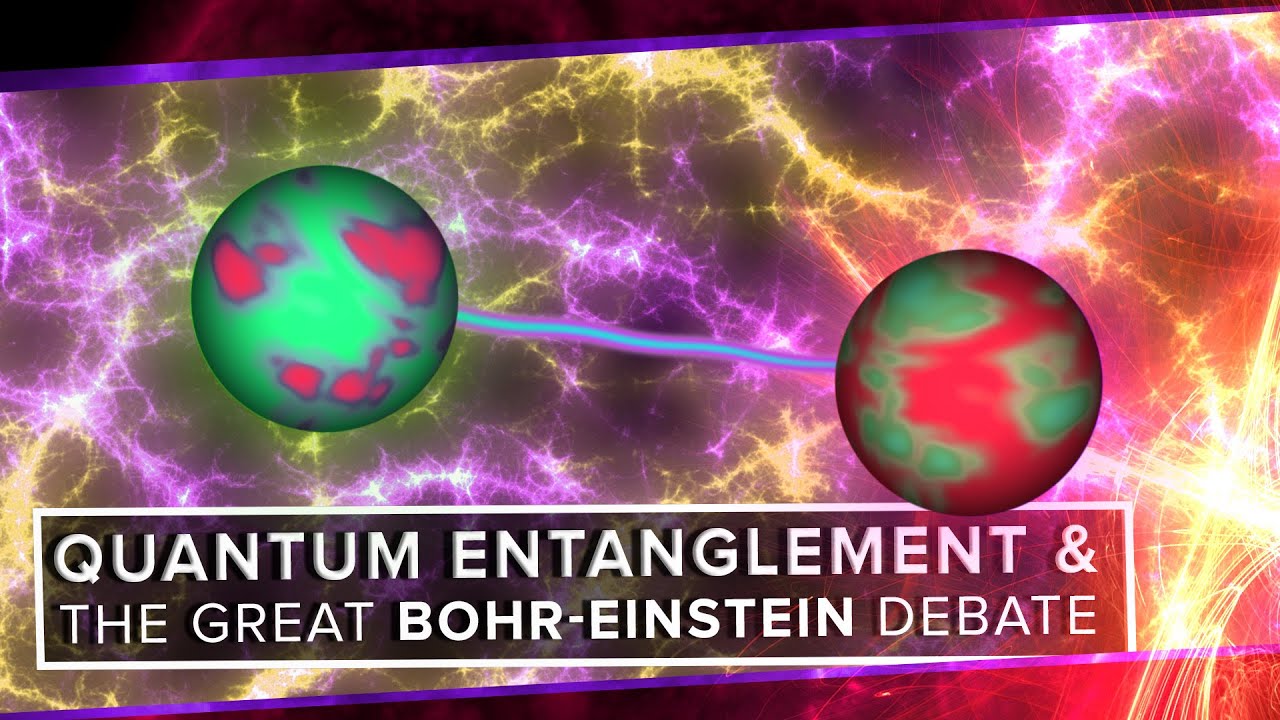 Albert Einstein strongly disagreed with Niels Bohr when it came to Bohr’s interpretation of quantum mechanics. Quantum entanglement settled the argument once and for all.

Veritasium’s video Quantum Entanglement and Spooky Action at a Distance at 7:36

How the Quantum Eraser Rewrites the Past at 8:41

Einstein argued that elementary particles maintained their intrinsic values whether they were being observed or not. Bohr believed that in observing such particles we collapsed a wave function of probabilities. He asserted that it is only when these wave functions collapse that one of many probabilities is chosen and the particles take on distinct values. Quantum entanglement, John Stewart Bell and Alain Aspect eventually proved that Bohr was correct.

Written and hosted by Matt O’Dowd
Produced by Rusty Ward
Made by Kornhaber Brown (www.kornhaberbrown.com)