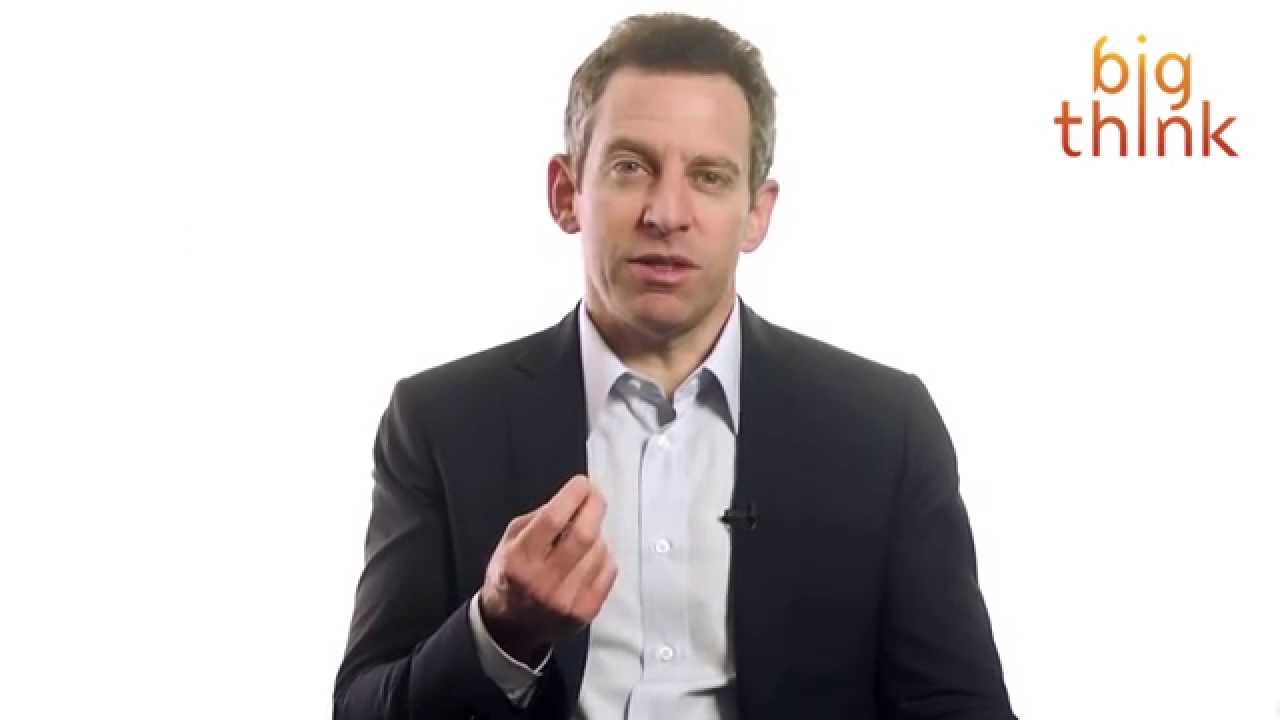 Mr. Harris’ writing has been published in over ten languages. He and his work have been discussed in Newsweek, TIME, The New York Times, Scientific American, Rolling Stone, and many other journals. His writing has appeared in Newsweek, The Los Angeles Times, The Times (London), The Boston Globe, The Atlantic, Nature, The Annals of Neurology, and elsewhere.

Mr. Harris is a graduate in philosophy from Stanford University and holds a PhD in neuroscience from UCLA, where he studied the neural basis of belief with functional magnetic resonance imaging (fMRI). He is also a Co-Founder and CEO of Project Reason.
———————————————————————————-
TRANSCRIPT

Sam Harris: What one of the problems we have in discussing consciousness scientifically is that consciousness is irreducibly subjective. This is a point that many philosophers have made – Thomas Nagel, John Searle, David Chalmers. While I don’t agree with everything they’ve said about consciousness I agree with them on this point that consciousness is what it’s like to be you. If there’s an experiential internal qualitative dimension to any physical system then that is consciousness. And we can’t reduce the experiential side to talk of information processing and neurotransmitters and states of the brain in our case because – and people want to do this. Someone like Francis Crick said famously you’re nothing but a pack of neurons. And that misses the fact that half of the reality we’re talking about is the qualitative experiential side. So when you’re trying to study human consciousness, for instance, by looking at states of the brain, all you can do is correlate experiential changes with changes in brain states. But no matter how tight these correlations become that never gives you license to throw out the first person experiential side. That would be analogous to saying that if you just flipped a coin long enough you would realize it had only one side. And now it’s true you can be committed to talking about just one side. You can say that heads being up is just a case of tails being down. But that doesn’t actually reduce one side of reality to the other.

And to give you a more precise example, we have very strong third person “objective measures” of things like anxiety and fear at this moment. You bring someone into the lab, they say they’re feeling fear. You can scan their brains with FMRI and see that their amygdala response is heightened. You can measure the sweat on their palms and see that there’s an increased galvanic skin response. You can check their blood cortisol and see that its spiking. So these now are considered objective third person measures of fear. But if half the people came into the lab tomorrow and said they were feeling fear and showed none of these signs and they said they were completely calm when their cortisol spiked and when their palms started to sweat, these objective measures would no longer be reliable measures of fear. So the cash value of a change in physiology is still a change in the first person conscious side of things. And we’re inevitably going to rely on people’s subjective reports to understand whether our correlations are accurate. So the hope that we are going to talk about consciousness shorn of any kind of qualitative internal experiential language, I think, is a false one. So we have to understand both sides of it subjective – classically subjective and objective.

I’m not arguing that consciousness is a reality beyond science or beyond the brain or that it floats free of the brain at death. I’m not making any spooky claims about its metaphysics. What I am saying, however, is that the self is an illusion. The sense of being an ego, an I, a thinker of thoughts in addition to the thoughts. An experiencer in addition to the experience. The sense that we all have of riding around inside our heads as a kind of a passenger in the vehicle of the body. That’s where most people start when they think about any of these questions. Most people don’t feel identical to their bodies. They feel like they have bodies. They feel like they’re inside the body. And most people feel like they’re inside their heads. Now that sense of being a subject, a locus of consciousness inside the head is an illusion.